This week, the Declaration for American Democracy (DFAD) coalition and 22 of its member organizations released statements calling on Congress to delay its August recess to pass the For The People Act.

“One of the major tenets of a fully functioning democracy is that the public interest, not special interests, guide decision-making,” said DFAD director Jana Morgan. “More than 80% of Americans across party lines support the For the People Act, and it is time for the Senate and the Biden administration to rise to the occasion and respond to the will of the people: Recess can wait; our democracy can’t.”

The For The People Act is a once-in-a-generation package of proven reforms that would:

In June, Senate Republicans filibustered the For The People Act, blocking it from a debate on the Senate floor. President Biden, meanwhile, has called on the Senate to pass the For The People Act without actually exercising his powers and authority to bring an end to the filibuster. Recently, he’s even called for a return to the “talking filibuster” (like those by Sen. Bernie Sanders and Ted Cruz, and this one on voting rights from Parks and Rec’s Leslie Knope). Biden says he believes that some of these Republicans “know better” when it comes to voting rights.

Voting rights advocates across the country have sounded the alarm about the hundreds of bills in state legislatures designed to suppress voting rights, particularly among communities of color, following record turnout in the 2020 election. So far, 18 states have passed 30 of these bills into law. Biden, voting rights activist Stacey Abrams, and others have called the legislation “Jim Crow 2.0.” Texas Democrats even fled the state in an attempt to stop one of these restrictive bills from going to a vote.

As a member of the Declaration for American Democracy coalition, Stamp Stampede proudly joins the call for a delayed August recess. Our representatives have a responsibility to protect our democracy and our constitutional right to vote, and they are duty-bound to represent the will of the American people.

It’s time to STOP THE ATTACK ON VOTING RIGHTS! 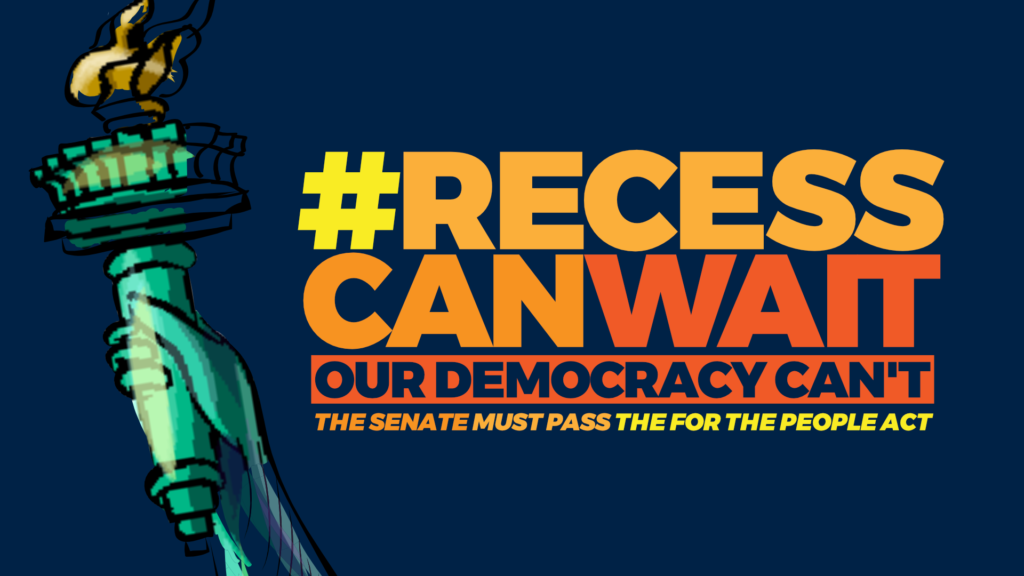