We need to amend the U.S. Constitution to declare that:

The 2010 Supreme Court ruling, Citizens United v. FEC opened the floodgates to unlimited donations by billionaires and corporations to super PACs have drowned out the voices of ordinary Americans.

But overturning Citizens United by itself isn’t enough. That case builds on two other cases that can all be addressed in an amendment to prevent big money from corrupting our democracy.

in 1976, the Supreme Court ruled in Buckley v. Valeo that money is free speech. The Court upheld limits on direct contributions to prevent corruption or the appearance of corruption. But they ruled that spending money to influence elections is protected speech under the First Amendment. In 2010, the Supreme Court ruled in Citizens United that corporations also have a First Amendment right to free speech, eliminating barriers to political spending. More recently, McCutcheon v. F.E.C, in 2014, overturned aggregate contribution limits, opening the floodgates for corporations and wealthy individuals to infect elections with even more money.

No. Corporations are not people. “A corporation is a government-defined legal structure for doing business. A corporation is created and defined by state legislatures to advance what the state deems to be in the public interest.” For more information, see Jeff Clements’s book, “Corporations Are Not People: Reclaiming Democracy from Big Money and Global Corporations.”

The Problem with Congress

Money has always been a part of elections, but in recent years campaign spending has exploded. The big problem, though, is that elections are now paid for by corporations and the super-rich. As a result, politicians are more likely to do what the people who pay them want. (Sorry, taxpayers.)
Watch Ben’ famous bb presentation to see just how much money corporations spend to influence U.S. elections compared to the average citizen. 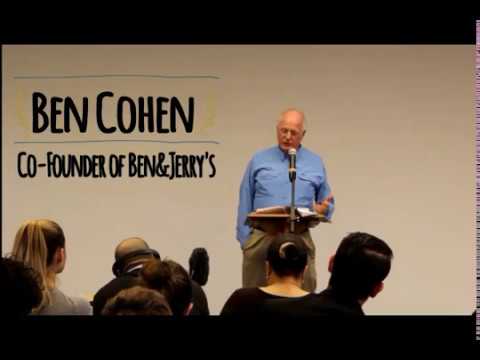 The candidate with the most money wins 94% of the time.  In 2012, people spent over $7 billion dollars in federal elections alone. 13,000 lobbyists and 90,000 Washington insiders accounted for the bulk of election spending. When politicians have to pay more attention to special interests to get elected and stay in office, our government ceases to represent us. And that’s not how our democratic republic is supposed to work.

A study by professors at Princeton and Northwestern revealed that our representatives are more responsive to wealthy people than average citizens. Our government resembles more of a plutocracy – rule by the wealthy – than a democratic republic.

Big Money in Politics – Beyond Congress

After Supreme Court decisions like Citizens United, spending by super PACs overwhelms state and local elections – including school board elections. But it doesn’t stop there. Big money groups also influence our judiciary system as well. In fact, interest groups have increased their pricey investment in judicial elections. According to the Brennan Center for Justice, the year before the Citizens United decision, total non-candidate spending on state Supreme Court races was $11.4 million in 2009-2010. The year following the controversial ruling, in 2011-12, non-candidate spending spiked up to $24.1 million.

In states where Citizens United withdrew pre-existing bans on corporate spending in elections, Shepard and Kang found that there was a 7% decrease in justices voting in favor of a criminal defendant. Why? The fear of “soft on crime” attacks ads influenced their decisions.

This study implies that the power of a large ad buy can help corporations to handpick judges.

How Do We Overturn Citizens United?

We need a constitutional amendment declaring:

Anything less leaves Congress and corporations with plenty of wiggle room to corrupt our democracy.

How is That Supposed to Happen?

To amend the U.S. Constitution, Congress must pass an amendment with a ⅔ vote of both houses of Congress and then ratified by ¾ of states. Alternatively,  ⅔ of state legislatures can convene a Constitutional Convention.

To date, 19 states and over 800 communities have passed resolutions calling on Congress to support of a Constitutional amendment to get money out of politics and nearly 200 members of Congress support it too. An amendment is no longer a reformer’s pipe dream; it’s a viable solution to the problem.

What Can I Do? 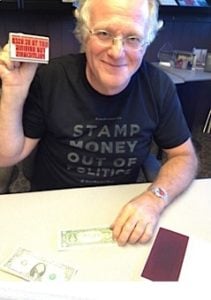 Get a stamp, then get involved.

We’re building a movement. If Congress isn’t going to do anything about this, we the people have to make ‘em. Politicians still need people to vote for them to win. When enough people care about an issue and are willing to do something about it, it’s impossible to ignore. We need your help to build the movement to get money out of politics. Public polling shows massive support across party lines for an amendment and for limits on campaign spending, so this is a fight we know we can win. Together, we can send a message to our elected representatives and demand change.