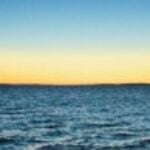 Number of States Reported In: 11

Stamped in All States Ranking: 204

We have to do everything we can to stop the erosion of democracy in America.

Corporations are not people

What Makes Me Happy:

Democracy is being dismantled bit by bit – SCOTUS rulings like “Citizens” “United” to allow corporations to pour money into elections,  gerrymandering, pack and crack tactics, steady but sure infiltration of courts with people who support conservative agenda-driven powers to legalize that agenda, social media manipulations of information to shape ideas as preferred, superficial journalism, the usurpation of public education to then privatize it (forces have already succeeded over many years in watering it down / molding it to say what conservatives want, therefore, create “evidence” as to why it needs to be privatized to improve “quality”) and pushing the shift in education to train compliant workers-widgets / insure groupthink, but not educate citizens and encourage critical thinking skills, – etc. Do what can be done to stand in opposition and change the narrative. May 6, 2023. The Supremely Corrupt Court of the United States’ recent actions only underscore the truth about their Citizens United ruling, the truth about the stamp I chose, “Corporations are not people”. SCOTUS is a political arm of political groups. Corruption within and without is obvious, prevalent, and nothing new. My grandfather told my mother in the 1930s to keep her eye on the Supreme Court. Their actions shape our lives, now more than ever. Ignore what is happening at your own peril. From Martin Niemoller, 1946:

Possession: As a tip while working at Waterway

Possession: I was at a thai restaurant and wanted a boba so i bought one and got this $5 bill back