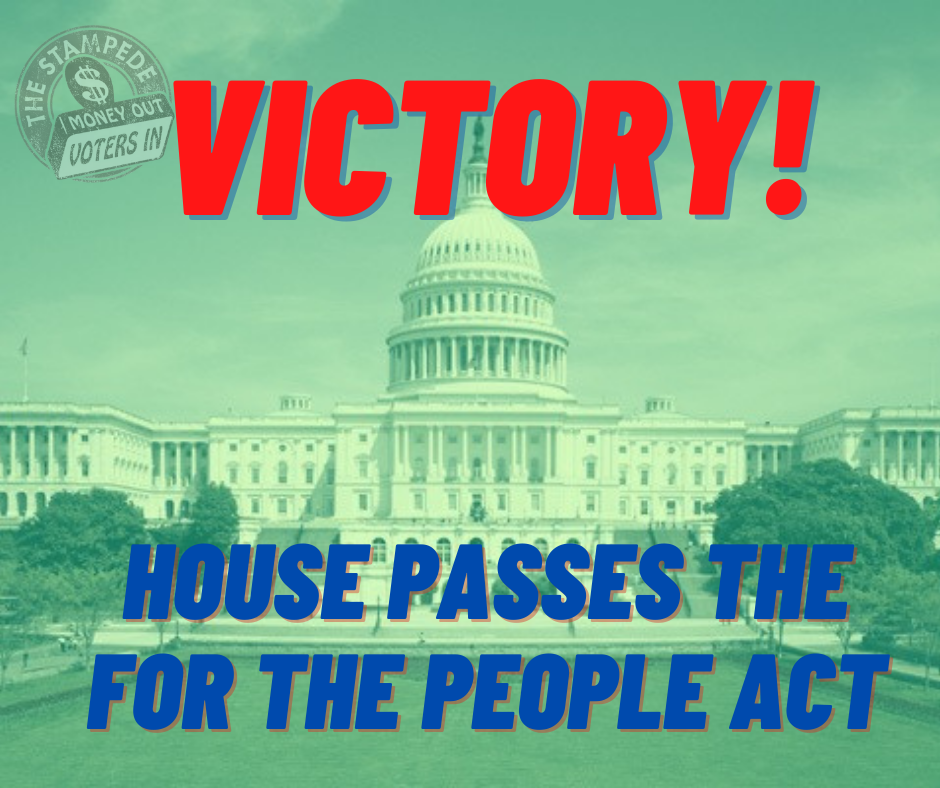 BREAKING NEWS: Last night, in a vote of 220-210, the House passed the For The People Act (H.R. 1), bringing us one step closer to getting big money OUT of our politics and voters IN!

The For the People Act is a once-in-a-generation package of proven reforms that would:

“Our democracy is in a state of deep disrepair. During the 2020 election, Americans had to overcome rampant voter suppression, gerrymandering and a torrent of special interest dark money just to exercise their right to vote. Across the country, people of all political persuasions – including Democrats, Independents and Republicans – are profoundly frustrated with the chaos, corruption and inaction that plague much of our politics,” House Speaker Nancy Pelosi, Rep. Zoe Lofgren, and Rep. John Sarbanes said in a joint statement when the bill was introduced in January. “H.R. 1 will protect the right to vote, ensure the integrity of our elections, hold elected officials accountable and end the era of big, dark, special-interest money in our politics.”

The American people are tired of a government that prioritizes big money over the needs of the voters. We demand a democracy that works for all of us.

Don’t forget to check out our democracy reform-minded stamps in our shop!