OpenSecrets recently released a report that estimates that the midterm elections will cost more than $9.3 billion – and they admit that’s a conservative estimate.

Just let that sink in. $9.3 billion, and it’s not even a presidential election year.

Even adjusted for inflation, that figure will blow away the previous record.

If you’re thinking this increased spending simply means that more regular Americans are chipping in and participating in the process, think again. Small-dollar donations are just a drop in the bucket. Only 21 percent of money raised by candidates and political committees this cycle is from donations of $200 or less.

The “Dirty Deal:” shows us the consequences of big money in politics

Special interests aren’t spending those billions and billions of dollars out of the goodness of their hearts. They want something in return. As The Guardian reported last week, West Virginia Sen. Joe Manchin and Senate leader Chuck Schumer have introduced “new legislation negotiated in secret” that “will fast-track large energy projects by gutting clean water and environmental protections.” 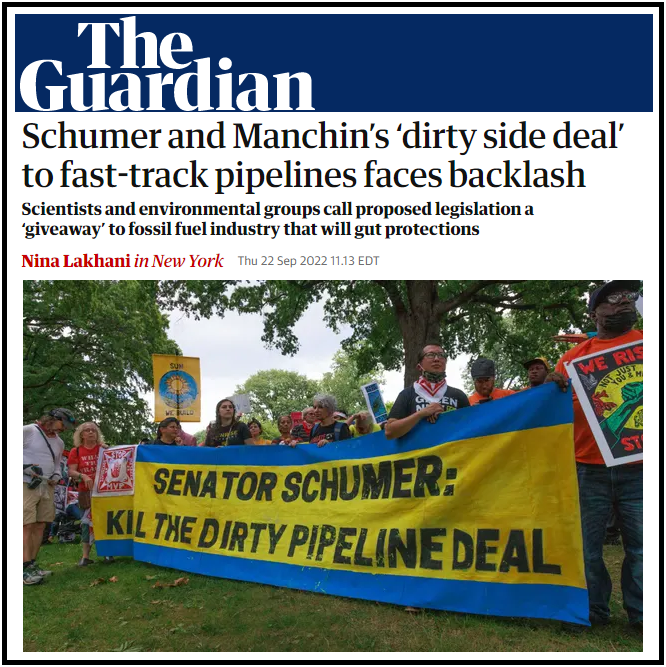 “This is permitting a giveaway that benefits those who continue to line their pockets at the expense of those affected by climate change,” pushing us ever-closer to climate catastrophe, argues Greenpeace USA’s Ebony Twilley Martin.

Whether it’s the environment, economic justice, education, labor rights, health care, or even peace – every issue that matters is impacted by big-money donors attempting to influence our elected officials to secure favorable policy outcomes.

What can I do?

Previously, we’ve covered our efforts to stamp out the influence of big money in politics, and have highlighted promising legislative solutions like the Ban Corporate PACs Act and a constitutional amendment to overturn the terrible Citizens United decision.

But those measures will never cross the finish line without public pressure on the political class. We need to raise public awareness and force our elected officials to support campaign finance reform at all levels of government.

You can also join grassroots efforts to educate fellow citizens about this issue. Will you join the Society of Stampers in stamping out the influence of big money in politics? Or support efforts like Rick Hubbard’s walk across America?