Most Americans are breathing a sigh of relief this week. With election day in the rear-view mirror, they’re thankful that the deluge of political advertising will finally end.

Of course, for those places where run-off elections will be held, the deluge will probably intensify (sorry, Georgia).

Federal campaign spending this cycle approached $10 billion (with state and local campaign spending approaching $8 billion). And more than $2 billion was spent by outside groups attempting to impact federal elections, according to a report from OpenSecrets. 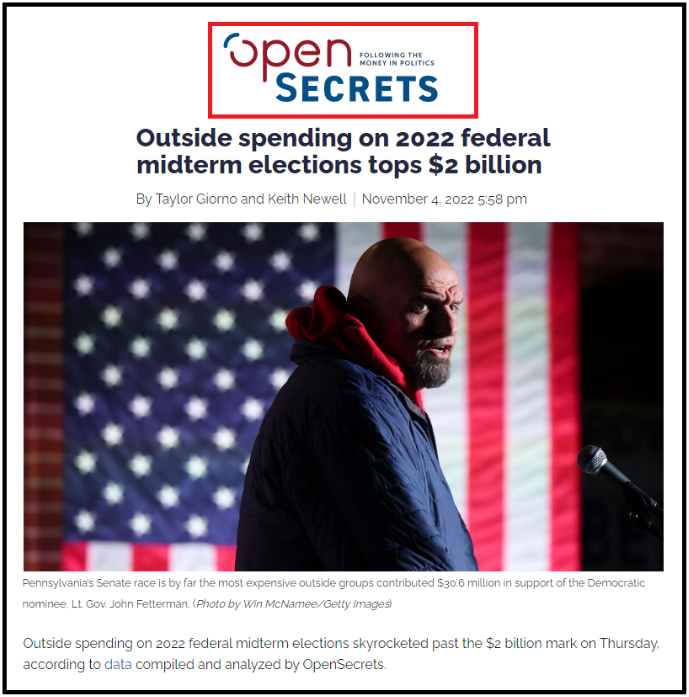 Even after adjusting for inflation, that blows away the previous record.

If you lived in a state or district with a closely contested race, you probably noticed the impact of that spending on television, radio, and even internet advertising.

That’s not a coincidence. The goal of these big donors is to influence your vote and sway elections in their favor.

Outside special interests have outsized influence

These outside groups raise mind-boggling sums of money, and then target their expenditures to elect favorable candidates in right races – or defeat candidates they view as unfriendly to their agenda.

Some of these groups represent historically powerful interests – like the Military Industrial Complex. Others are die-hard partisans who pick competitive races and use fear and wedge issues to manipulate outcomes. 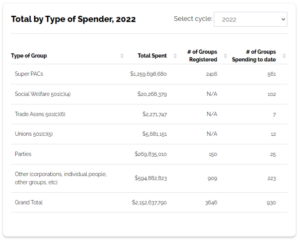 For example, the deceptively named “United Democracy Project” spent more than $2 million trying to defeat one congressional candidate – Pennsylvania’s Summer Lee – because she has voiced concerns about human rights violations against Palestinians. The Capital-Star notes that UDP is a single-issue organization committed to electing “strong supporters of the U.S.-Israel relationship,” and is affiliated with AIPAC – the controversial American Israel Political Action Committee. AIPAC supports multiple candidates who attempted to overturn the results of the 2020 presidential election.

And then there are the new kids on the block: interests like cryptocurrency speculation, with big donors threatening to spend hundreds of millions of dollars to elect favorable politicians.

We need to join together to combat outside interests

Money has far too big an impact on our democracy. A new report finds that 96 percent of U.S. House races are won by the candidate who spends the most money.

We’ve written to you before about promising solutions like the Ban Corporate PACs Act, which would push back against the Citizens United decision by barring for-profit corporations from establishing and operating their own political action committees. And there is a push for a constitutional amendment to overturn Citizens United.

More broadly speaking, we need to keep the pressure on, both by raising public awareness and demanding that legislators push for campaign finance reform.

And don’t just say it, show it! The weather is turning colder, and we have “Stamp Money Out of Politics” hoodies! Check them out! 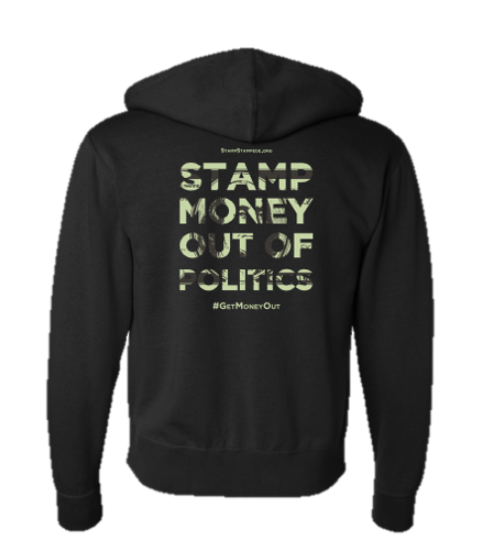