The Biden administration’s $3.5 trillion reconciliation package includes everything from Medicare expansion, universal pre-k, Paid Family Medical Leave, support for low-income families, and substantial investments to arrest climate change. After 18 months spent grappling with the societal effects of COVID-19, these measures would represent a critical step forward for nearly every American.

But Corporate America has other plans. They have launched a coordinated attack on the reconciliation package representing millions of dollars in lobbying. Major drug manufacturers, big banks, tech companies, big-box retailers, and fossil fuel giants have come together under the leadership of the U.S. Chamber of Commerce to voice their opposition to proposals in the package. Their tactics will include spending seven figures on digital advertising over several months.

This is why we need to stamp money out of politics. Despite widespread popular support for the programs in the reconciliation package, the only chance it has to pass is if we abolish the filibuster or pass it with a simple majority.  That’s because big money talks and drowns out the voices of the people. 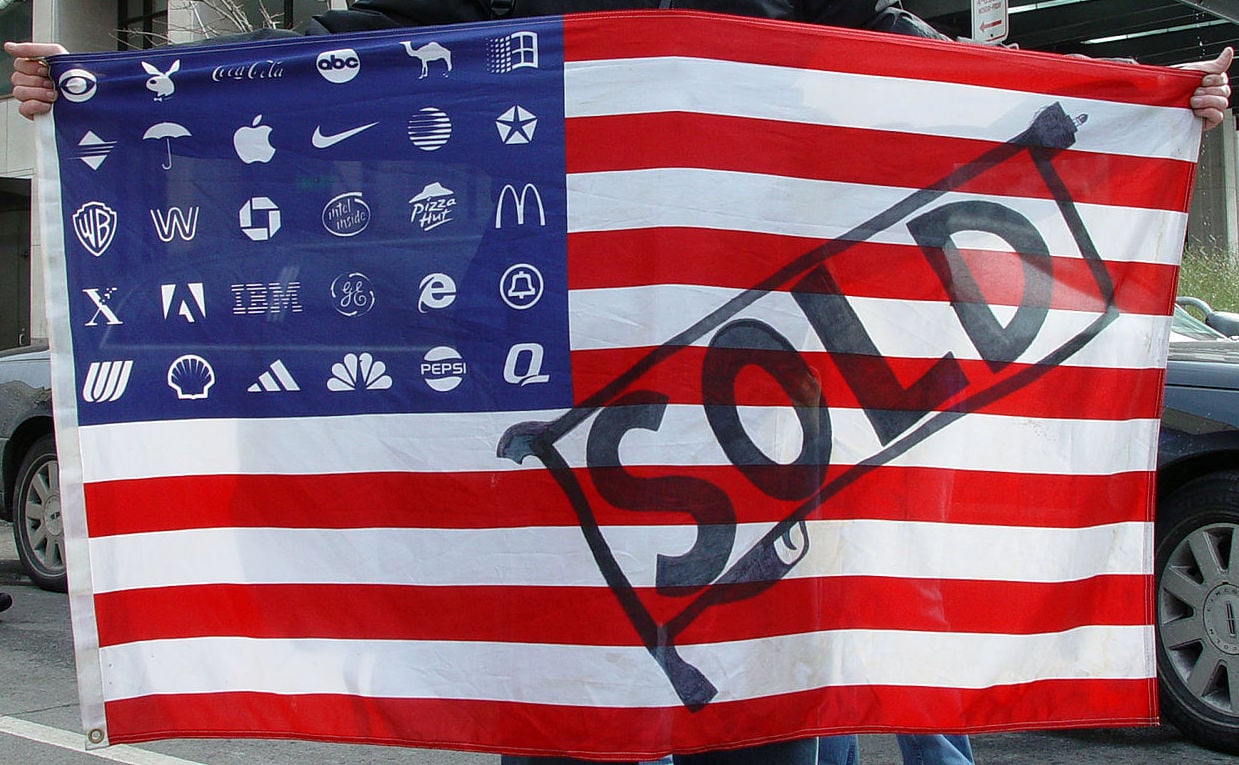 The events of the last year and a half, from the COVID-19 pandemic to the economic recession to the growing natural disasters spurred by climate change, have shown us just how important the measures in the reconciliation package are for the American people. We cannot allow Corporate America to buy inaction that benefits only their shareholders, and we cannot allow individual legislators beholden to corporate and billionaire campaign contributions to dictate the terms of our future.

Stamp it with us: It’s time for Corporate America to stop bribing our politicians and restore democracy to the American people!